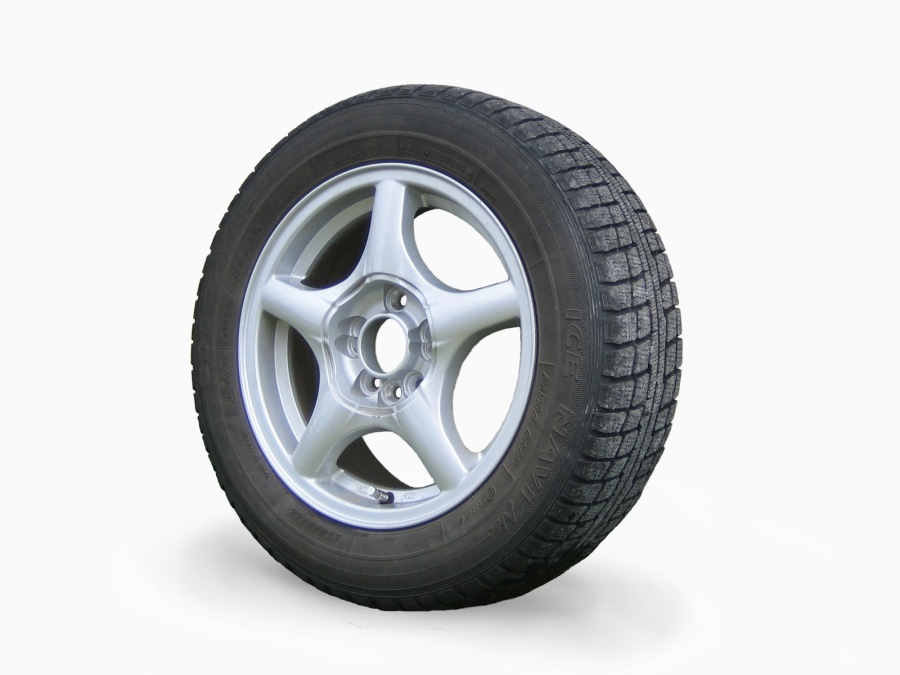 Farming doesn’t only produce the food we eat or energy to power our vehicles and light bulbs. Today, tire giant Bridgestone announced that it has manufactured a set of tires made entirely from┬Ānatural rubber. The key ingredient to its new ŌĆ£greenŌĆØ tire? A shrub.

Tokyo-based Bridgestone’s new set of wheels┬Āare made entirely with 100 percent natural rubber-containing components derived from guayule, a shrub native to the dry regions of the southwestern United States and northern Mexico. The shrubŌĆÖs bark and roots contain natural rubber materials.

After securing a 281-acre plot of agricultural land in Eloy, Arizona, Bridgestone established a research farm to employ advanced breeding practices and develop guayule cultivation techniques, opening the Bridgestone Agro Operations Research Farm in September 2013. One year later the facility was outfitted with all the necessary equipment and facilities needed to develop guayule natural rubber for use in tires, including research and development, experimental production, and manufacturing.

Earlier this summer, the company built a similar set of passenger tires at one of its facilities in Rome, Italy, featuring a variety of natural, guayule-derived rubber componentsŌĆöincluding the tread, sidewall and bead filler.

In addition to tires, Bridgestone manufactures a broad range of diversified products sold in over 150 nations and territories, including industrial rubber and chemical products and sporting goods, creating the substantial potential for guayule-derived rubber to reach a wide range of industries and markets.

The idea of tapping a plant to develop┬Ārubber is nothing new. Today, natural rubber is the primary raw material used to produce tires worldwide, and it’s consumed in large quantities.┬ĀRoughly┬Ā90 percent of all natural rubber is harvested from the Hevea brasiliensis rubber tree, which is primarily grown in tropical regions of Southeast Asia.

Guayule grows in the Southwestern U.S. and Mexico. The natural rubber made from the shrub is a plant-derived biomaterial similar to the natural rubber harvested from the Hevea brasiliensis rubber tree. Part of the excitement around guayuleŌĆÖs rubber-producing potential is that it grows in arid regions, as opposed to the tropical regions where the Hevea brasiliensis rubber tree is found. Finding a way to diversify rubber production is a top priority for environmentalists and other concerned stakeholders.

Tire demand is expected to increase in conjunction with global population growth and the advancement of motorization in developing nations. As a result, Bridgestone has announced that it will continue to advance major research and development in search of new and more sustainable sources of natural rubber to alleviate the over-concentration of natural rubber production in certain regions.

BridgestoneŌĆÖs future research endeavors will focus on optimizing the natural rubber content in each guayule shrub, as well as evaluating applications in a wider range of tire types and rubber compounds. The company hopes to achieve its long-term environmental vision of shifting towards 100 percent sustainable materials in tires by 2050.

Have news or tips, or want to be featured on The Cali Crow? Email us!

Ō££ Connect with The Crow